Changes to the Military Lending Act: An Update

In June, ZootBlog provided important information regarding changes to the Military Lending Act (MLA). As promised, we’re providing the most recent updates to inform lenders as they prepare for the target compliance dates of October 3, 2016 and October 17, 2017 (credit card only).

There is good news to report on the MLA front:

It has been encouraging to see the forward thinking approach and planning by the national CRA’s and lenders as the deadline for compliance nears. 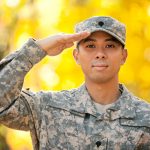 Changes to the Military Lending Act: What your institution needs to knowRegulations
We use cookies to ensure that we give you the best experience on our website. If you continue to use this site we will assume that you are happy with it.Ok