How long should it take to add your spouse to your bank account? A few minutes seems reasonable to me. However, it took one full hour to accomplish this simple task at my local community bank where I have been a customer for more than a decade. The experience left me wondering, with today’s technology how could this be possible.

There seemed to be several pain points in this lengthy process—from a lack of updated technology to systems that don’t talk to each other.

First, it required going to the branch so they could scan our driver’s licenses and capture signatures. Technology is currently available to send images via smartphones (remote deposit capture for checks as well as ID scanning) and electronic signatures are commonplace. In fact, nearly 15 years ago I opened an ING account entirely online. That process was quick and seamless. It simply required the verification of two small deposits into the new account for security reasons.

Next, the customer service representative (CSR) validated information on the account. There were some necessary updates including an email address. Since my bank statements are delivered electronically, I questioned how the email on file could be incorrect. Her response—those are two different systems; they don’t talk to one another.

The final step was to provide electronic signatures with a stylus pen on a small pad on her desk. The CSR verbalized what we were initialing and signing, but we were unable to read the documents on her screen. When I posed the concern that we could be signing just about anything, she assured me we would receive paper copies of everything at the end of the process.

It would have been more efficient to have a tablet or screen where the customer could review, make updates, and sign where necessary. Then the documents could be sent electronically to the email on file. As it turns out, none of the account changes given to the CSR during this interaction were even being captured in real time.

Community banks are often known for great customer service, but will that be enough as technology pushes the industry forward? A recent survey conducted by J.D. Power and Associates shows that for the first time, six of the nation’s largest banks scored higher in overall customer satisfaction than their smaller peers—particularly with regard to ATMs, online banking, and mobile banking.

Additionally, Bank of America plans to triple the budget for their digital banking initiatives in 2016. Priorities include implementing an on/off switch for debit cards, expanding two-way text capability for suspicious credit card transactions, cardless ATMs, and seamless interaction between Bank of America and Merrill Lynch apps.

Even though less than 20 percent of the top banks in the U.S. offer a mobile optimized process for new account opening, these capabilities are coming.

The bottom line: it is unacceptable for any bank to take an hour to accomplish a routine account update that could be done in a few minutes. The digital movement is going to drive customer satisfaction and community banks must be ready. 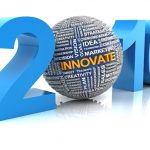 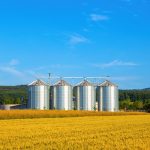 Mini-Silos: The Opportunity Fintechs Bring to BanksCustomer Experience
We use cookies to ensure that we give you the best experience on our website. If you continue to use this site we will assume that you are happy with it.Ok