After a rocky start, the transition from American Express to Citi for Costco co-brand credit card holders seems to be trending positive. That’s good news for consumers and a boon for the retailer and issuer alike.

My household is now equipped with two functioning Costco Anywhere Visa cards after glitches in receiving them before our American Express cards were deactivated, and mismatched membership numbers once they arrived.

CitiGroup’s Chief Executive Officer Mike Corbat reports that issues with the transition are a top priority and has dedicated resources to ensuring customers are well taken care of. For example, the company increased the number of customer-service representatives in their call centers to more than 2,000.

Citi is sitting pretty with reported purchases of $5.7 billion in the first 3 1/2 weeks since the changeover. Two-thirds of that spend occurred outside of Costco warehouses. The loan portfolio is also showing positive  gains—growing  to $11.3 billion from $10.6 billion at the time Citi acquired it.

Our local Costco doesn’t seem to be suffering. Over the weekend, check-out lines wound down the store aisles as patrons photographed the backlog of customers waiting to exit the store with their purchases.

Perhaps everyone has received their new cards and is re-stocking from their time away. Whatever the reason, it has been the portfolio to watch as one of the largest credit card transitions (11 million customers) to occur in the industry.

On another positive note, Costco shoppers can hope the savings from interchange fees will come their way. American Express carried a fee of 0.6 percent and Visa fees are expected to drop to around 0.1 percent to 0.4 percent.

In the meantime, my new living room sectional is on the way and I look forward to reaping the increased benefits of my new card. With four percent cash back on gas, three percent on restaurants and travel, two percent on all Costco and Costo.com purchases and one percent on everything else this is a good card to have top of wallet.

Key takeaways from this experience include: a quick response to issues incurred due to the transition, deployment of additional resources to address identified pain points and a commitment to no excuses by Citi.

This is the third update Zoot Blog has provided as the Costco/Citi roll out, rolls on. Industry analysts, stockholders, and card holding Costco customers will all be watching and anticipating continued high performance. 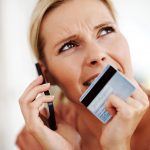 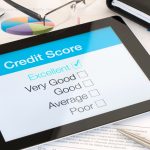 Prequalification: It isn’t just for mortgages anymoreAccount Opening, Cross Sell, Prequalification
We use cookies to ensure that we give you the best experience on our website. If you continue to use this site we will assume that you are happy with it.Ok