Blockchain.  It seems to be the hottest buzzword in our industry right now.  But, what is blockchain?  Nobody can really define it clearly.  But hundreds, maybe even thousands have tried.

According to Wikipedia, „a blockchain is a distributed database that maintains a continuously growing list of ordered records called blocks.  Each block contains a timestamp and a link to a previous block.  By design, blockchains are inherently resistant to modification of the data – once recorded, the data in a block cannot be altered retroactively.“

I’ve read about uses for blockchain in government, healthcare, digital currency, energy credits – the list goes on.  But, to this date, other than with the use by Bitcoin, there hasn’t been a true story of success for blockchain in other industries.   Everybody wants it to work, everyone wants it to be the next big thing, but how?

So, of course, just like the many other blockchain speculators out there, I too have my own opinion as to where it fits into our daily lives.  I believe that as publicly accessible ledgers, blockchains could make record keeping more efficient.  What do I mean specifically?  Well, what if we applied the blockchain technology to all titled assets such as homes, cars, boats, RVs and more?

The details of real estate transactions could be easily visible to everyone involved from banks, brokers, buyers and sellers.  For the buyer, this would eliminate the time consuming process of researching  to ensure that a lien has not been placed on the title.  If that was the case, the blockchain would be instantly updated if a lien had been put in place.

At Zoot, we work with some of the country’s top financial institutions and auto manufacturers to offer instant loan decisioning.  Anything we can do to make the loan process take place without human interaction – with blockchain for instance – would make it quicker and more cost effective for everyone involved.  Not to mention, with automation, the process remains consistent with every single transaction.

Additionally, a car, boat or RV’s history could be recorded via blockchain technology.  Have you ever tried to sell a vehicle, RV or boat but the process was held up because you couldn’t find that all important piece of paper also known as the title?  Just think, with the use of blockchain, there’d be no more passing papers on to the buyer of your used car or truck.   The title would be visible from anywhere without the actual piece of paper having to be tied to the vehicle.

Blockchain could also be used for non-titled business assets.  Under the Uniform Commercial Code, a body of laws governing commercial transactions in the U.S., the sale of business assets such as farming or construction equipment must be regulated.  By adding blockchain technology to the sale of such assets, the buyer could easily ensure that no liens have been placed against the property.

I’m speculating with the best of them.  No matter what, the term „blockchain“ is here to stay.  Soon, we might actually even use the technology on a daily basis. 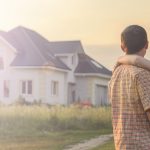 How Millennials are Changing the Lending and Borrowing LandscapeUncategorized
We use cookies to ensure that we give you the best experience on our website. If you continue to use this site we will assume that you are happy with it.Ok