Greg Gianforte, a charismatic man with a goatee who resembles Mr. Clean, is known for passionately stalking opportunity in the West – both in the boardroom and in the woods. He tells the story of once rising before dawn during hunting season, suiting up in camouflage, and disappearing into the rugged foothills around this small Montana city.

After shooting a black bear with a bow and arrow, he hurried home to put on jeans and a starched shirt, and headed into the office just in time for a 10 a.m. conference call with clients on the other side of the world. They, of course, had no idea what he had done that morning before work. 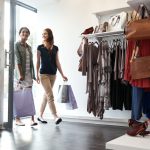 Zoot Enterprises to Present New Customer Acquisition Strategies at Card ForumNews Release
A Centralized Credit Policy is Best Defense Against Fair-Lending ComplaintsIn The News
We use cookies to ensure that we give you the best experience on our website. If you continue to use this site we will assume that you are happy with it.Ok