For two days in September, Montana State University’s Strand Union Building ballroom was the richest room in the state.

The gathering of more than 500 people represented the first biannual Montana high tech jobs summit — aimed at discussing the state of the region’s high tech sector and encouraging expansion through job recruitment. 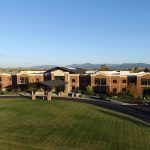 5 Credit Reports You Don’t Know About But ShouldIn The News
We use cookies to ensure that we give you the best experience on our website. If you continue to use this site we will assume that you are happy with it.Ok