Use of biometrics is popular in Hollywood movies to create drama and suspense when spies attempt to raid a Swiss bank safe or invade a Russian nuclear plant. Palm print readers and iris scans make for thrilling espionage film scenes, especially when access is gained using someone else’s credentials.  What about their use in our everyday lives?

While there may be resistance to the use of biometrics in banking, obstacles to adoption can be overcome—especially through a strong value proposition. Biometrics technology creates a better user experience because authentication is faster and easier than remembering countless user names and passwords or going through the motions of answering KBA questions. It can be a struggle to remember the name of the street you grew up on or your high school mascot, but you can’t forget your fingerprint.

Biometrics in financial services will require instituting a behavioral shift, and addressing consumer concerns regarding privacy and security. The good news is that consumers are warming to the idea in other areas of their lives (i.e. unlocking their cell phones and tablets with fingerprints or facial recognition).

Aite Group conducted a survey in 2015 and found that more than six in 10 consumers across four generations (seniors, baby boomers, Gen X and Gen Y/millennials) either strongly liked biometrics or found it an acceptable form of customer authentication for banking.

Additionally, the FIDO (Fast IDentity Online) Alliance is paving the way for biometric technologies by creating standards for simpler, stronger authentication that reduces reliance on user names and passwords.

According to Brett McDowell, FIDO’s executive director, one of the main goals is the creation of a “persistent identity,” meaning consumers can make digital transactions from place to place, using any of their devices, without constantly having to authenticate themselves.

The list of companies joining the Alliance in support of these standards is growing  with more than 150 members including; Master Card, Visa, American Express, Bank of America, USAA, Google, Microsoft, and PayPal.

There is a growing expectation that users should be able to easily access online commerce sites from multiple and varying devices. As a result, companies need to ensure that authentication methods remain secure, private and frictionless in order to effectively mitigate potential risks for users. The FIDO Alliance is leading the path for this stronger, simpler multifactor authentication with open standards that promote interoperability of next-generation authentication technologies such as on-device biometrics.

Biometrics is quickly becoming another layer of defense to keep our transactions secure. There are acoustic, social, and cognitive measures that move beyond fingerprints. These methods measure voice recognition, usage preferences, device interaction patterns and physiological traits such as gait and tremors.

As biometric authentication becomes more prevalent in our everyday lives, we may all find ourselves feeling a little like James Bond or “Jinx” Johnson. 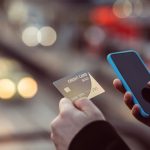 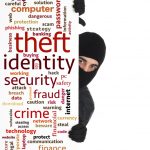 Taking on Fraud: Part OneFraud
We use cookies to ensure that we give you the best experience on our website. If you continue to use this site we will assume that you are happy with it.Ok